My incredible and lucky experience

THE BEGINNING
It all began with this tweet from Greg Yaitanes
(Executive producer and Director on House) on the 13th of June 2011.
Thanks to this tweet, I knew then that the crew of House, including David Shore (the creator), had watched some of my videos.
It was already huge for me !!

August 19th 2011, I received an email from ‘Greg Yaitanes’, asking me if I would be interested to work on some project for him & Hugh Laurie.
At first, I really thought it was a joke. After a few hours of thinking & of excitement, I then answered to Greg that I was more than up for such a great project. It consisted in making short videos illustrating themes imagined by Hugh Laurie himself.
It has been an amazing and unforgettable experience to know that my work was watched and appreciated by the people that I have always admired.

The 4 videos I made for Greg & Hugh

VISITING THE SET
We had planned with my friends to do a 10-days road-trip in California in February and I was thinking that it could be a great opportunity to ask Greg for some sort of a meeting.
He was more than okay with the idea and the possibility of a meeting within the House set was then in the making.

Our guides for the day - David Wong & Alex Solether - took us around on a memorable tour of the Fox Lot, of all the sets & offices of House, even making a detour at the make-up trailer. I had the amazing chance to attend to the shooting of a couple of scenes & to meet the main actors, including Hugh. I will remember his extreme kindness & his compliments about my videos.
A huge moment for me.
Greg had made a detour to meet me there and we had a great time talking about House, videos, editing and many other things. Knowing that the show was ending soon, my friends & I realized how much of a privilege it was for us to be there. 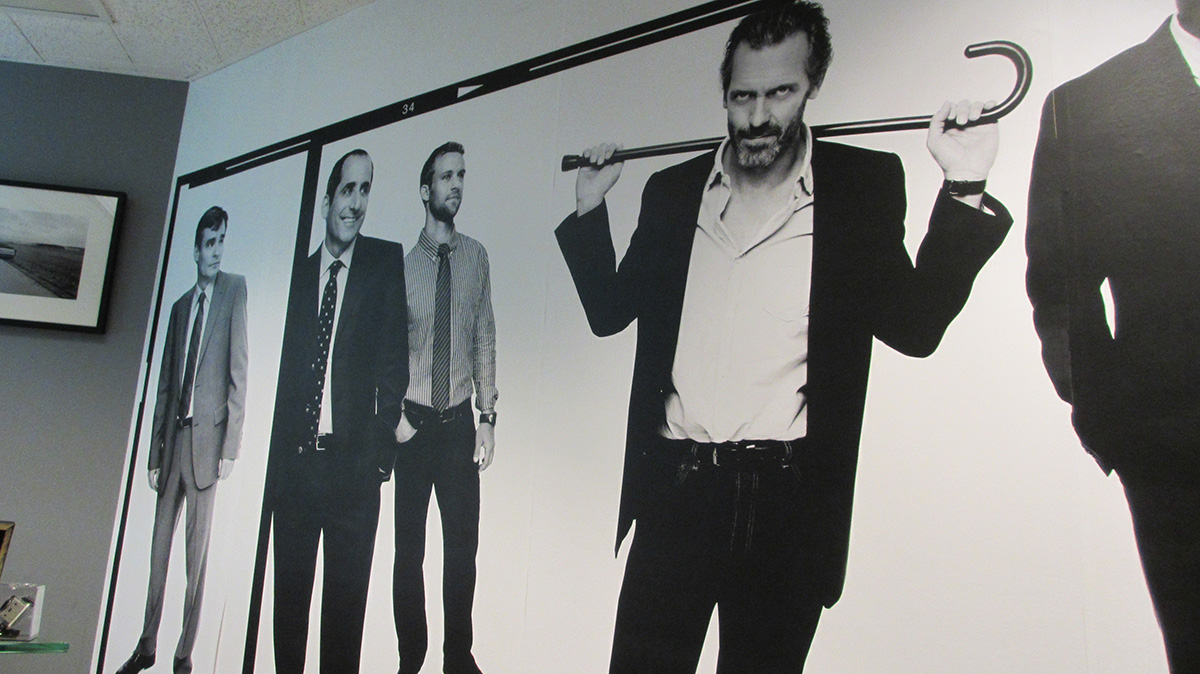 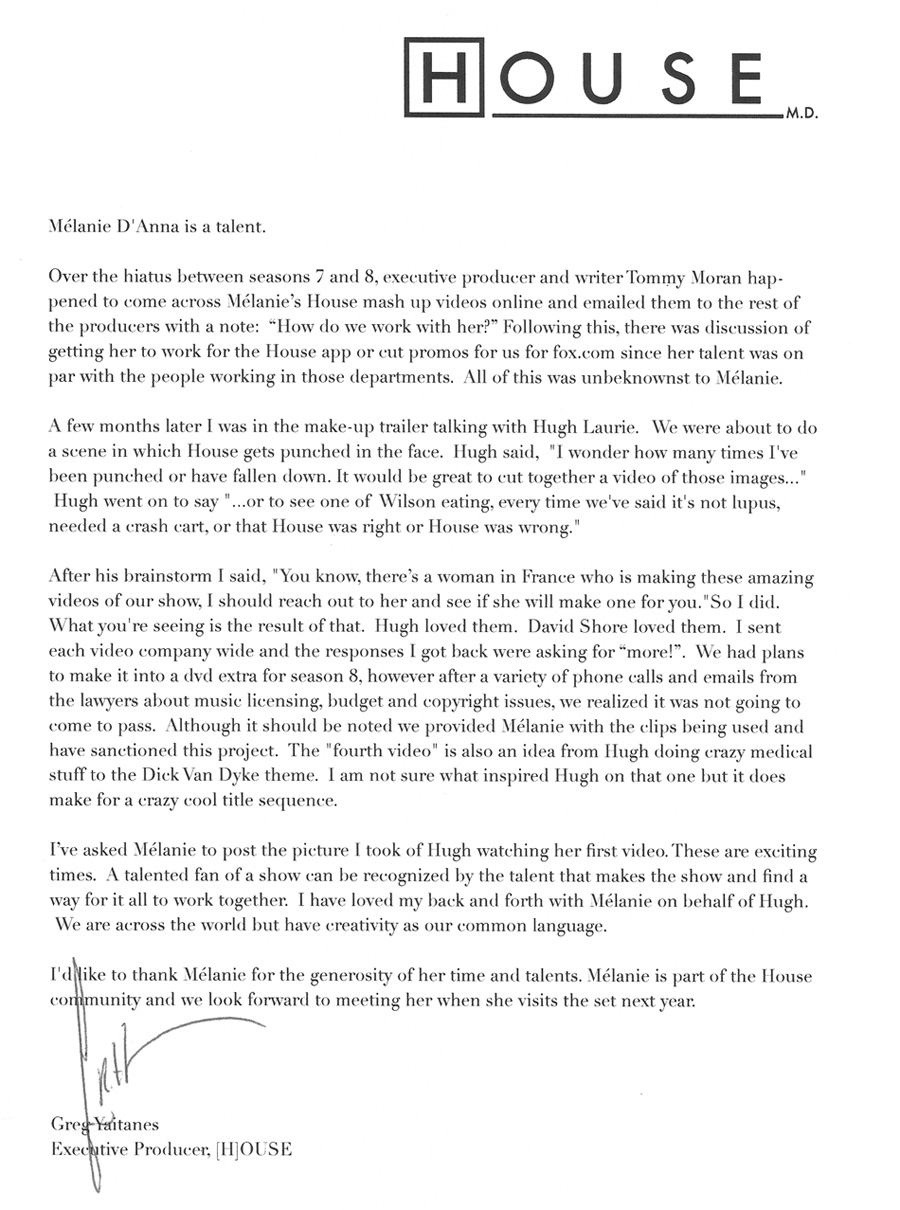 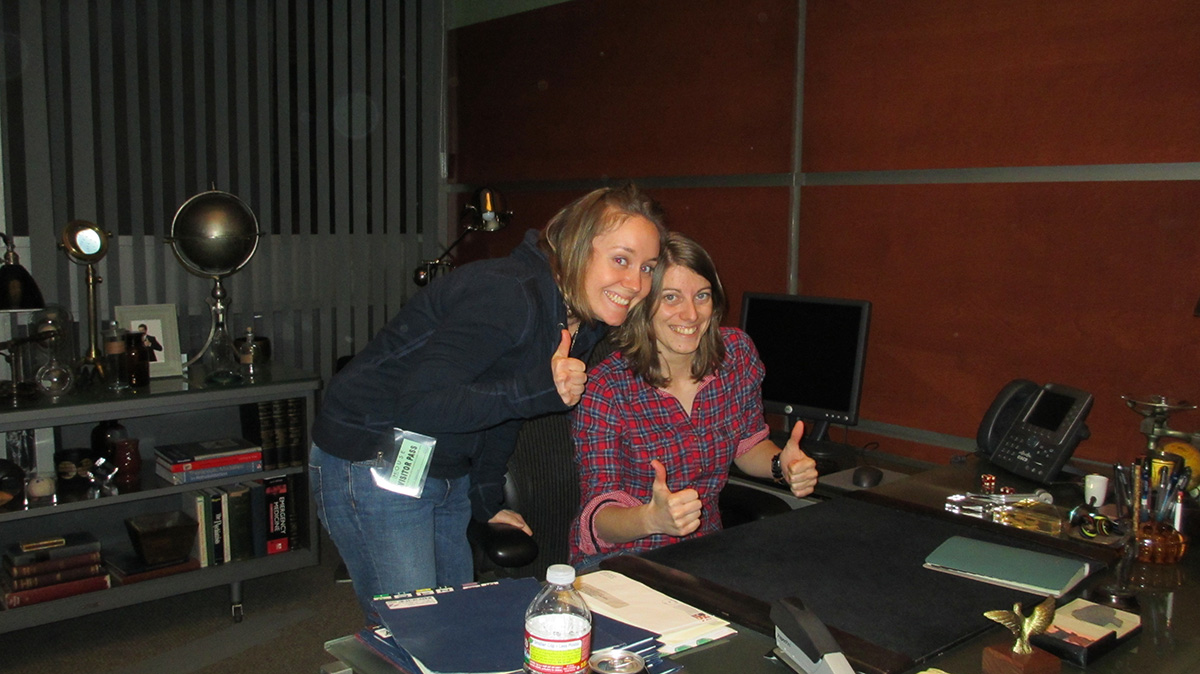 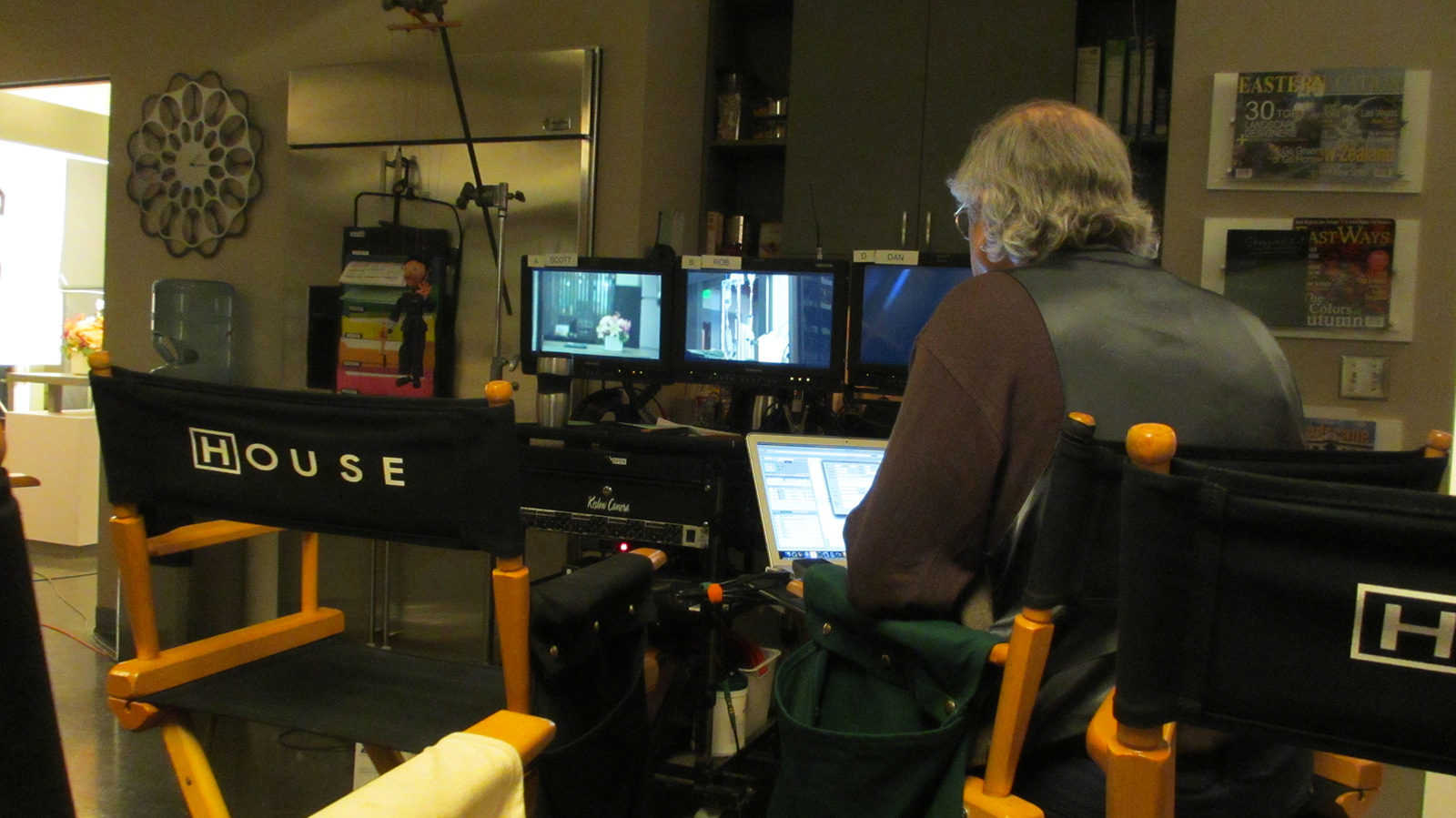 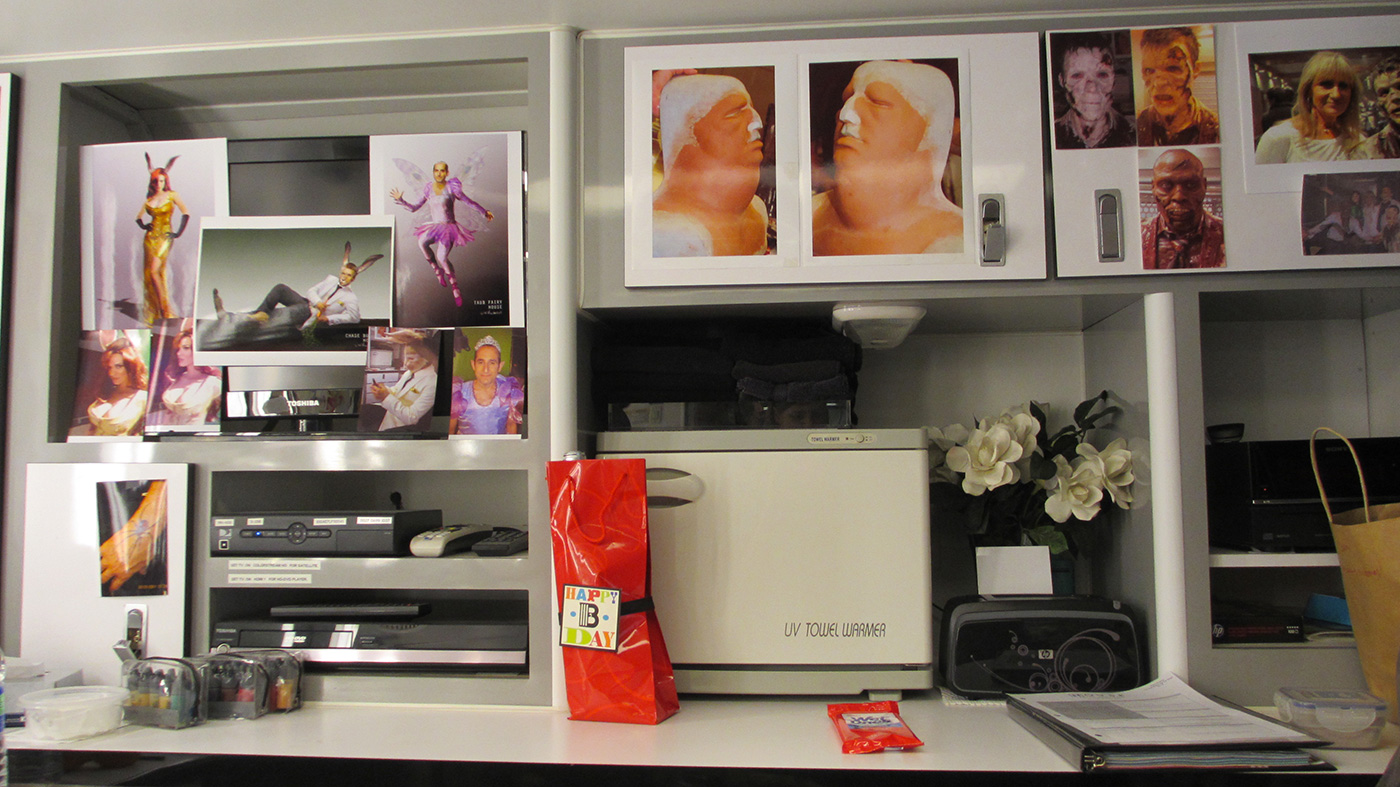 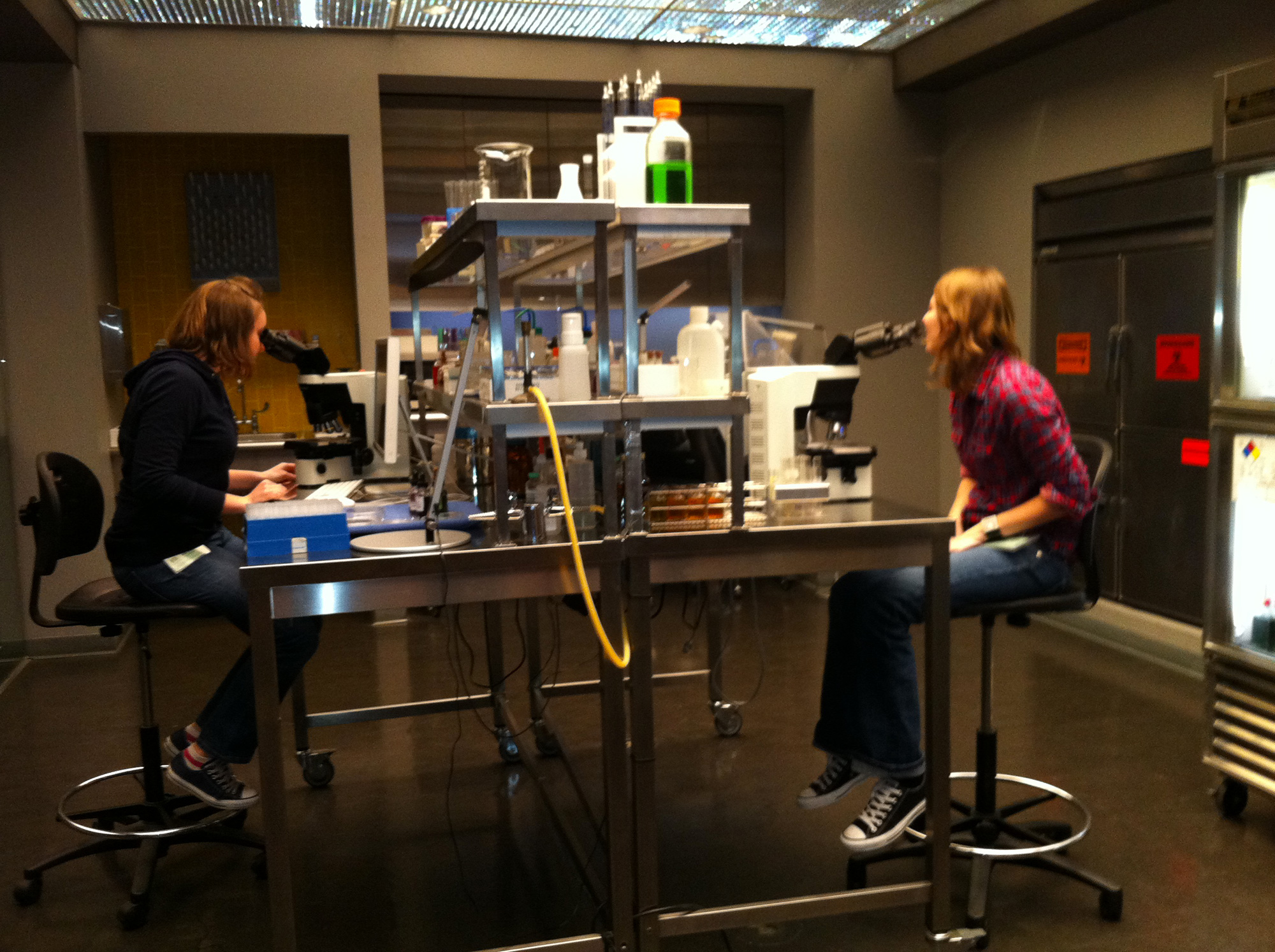 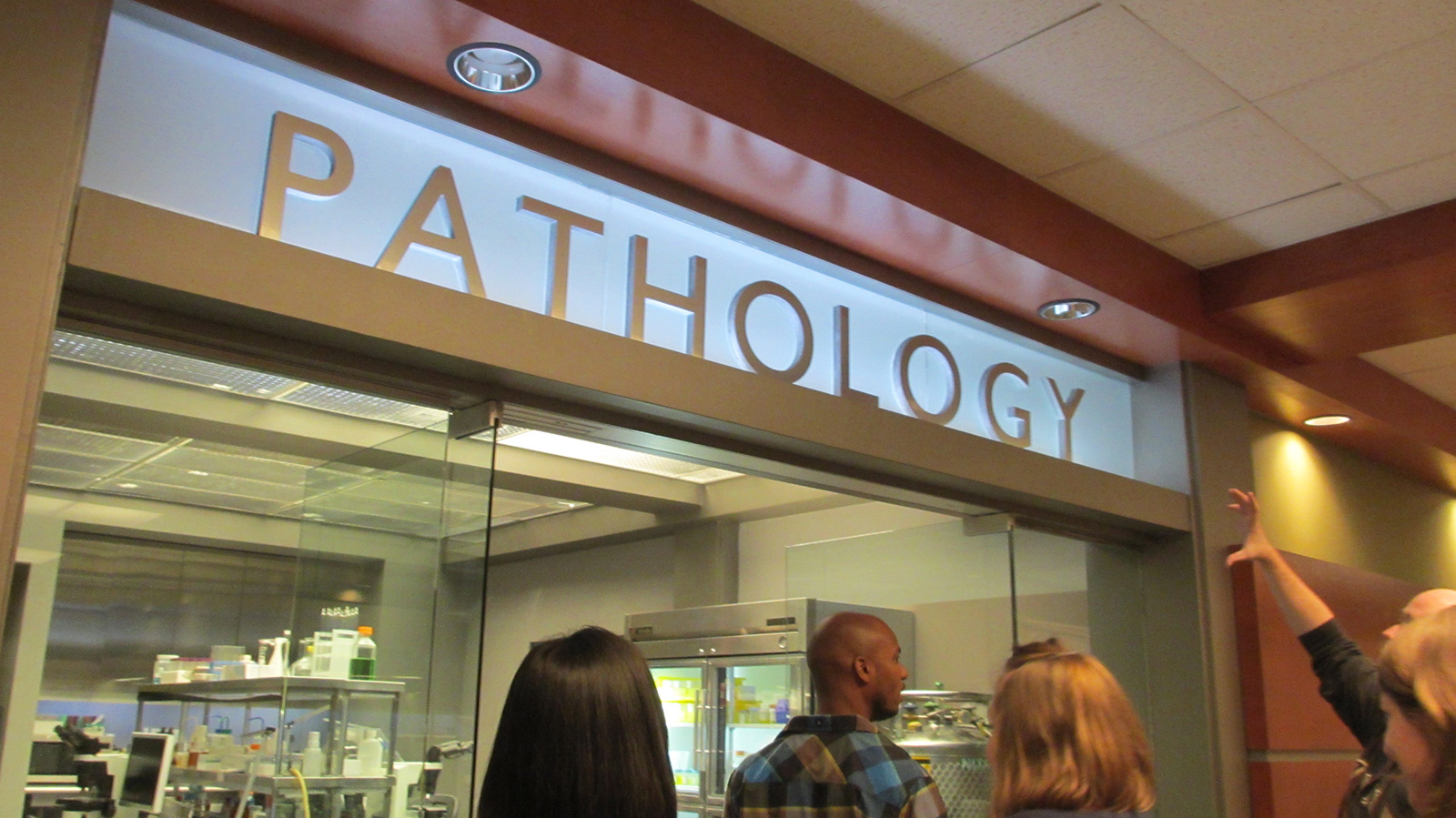 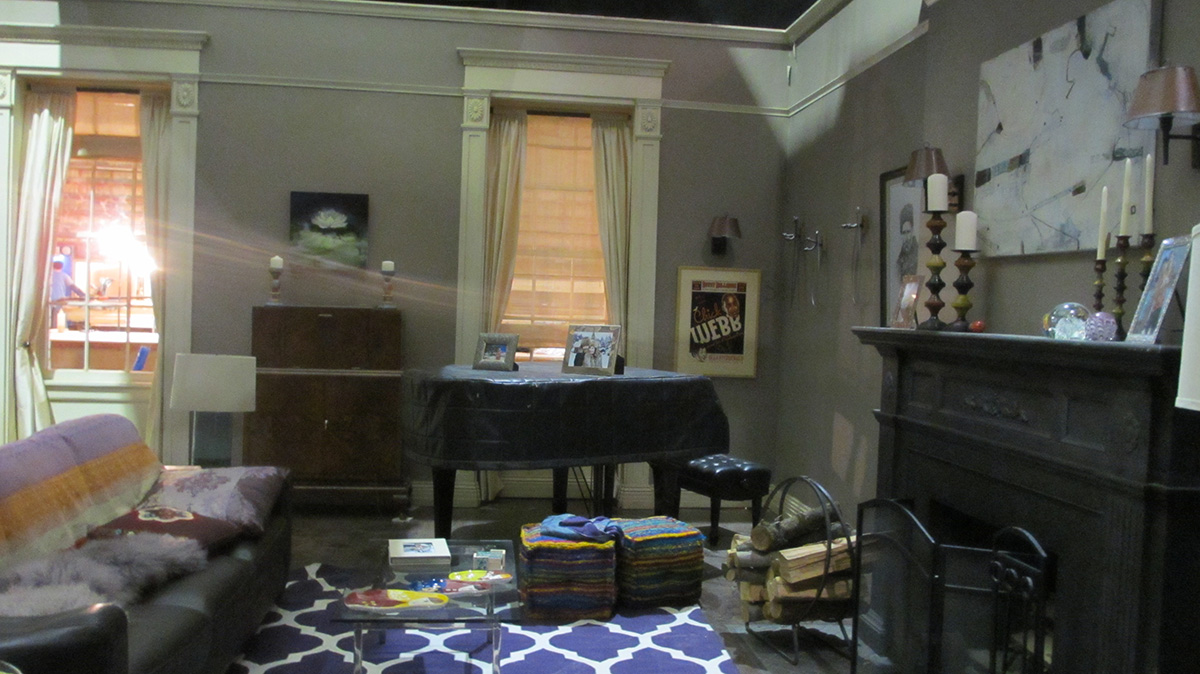 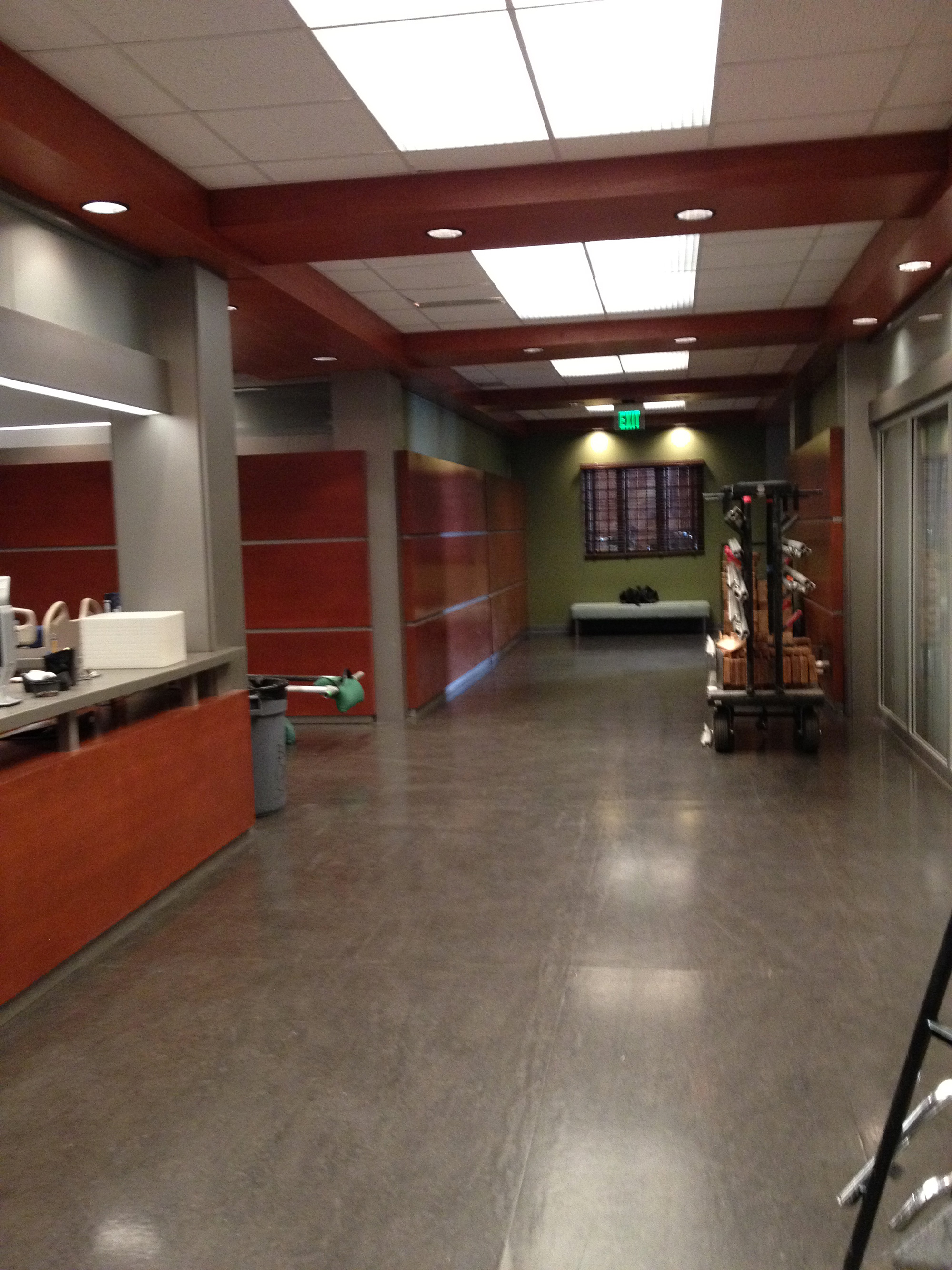 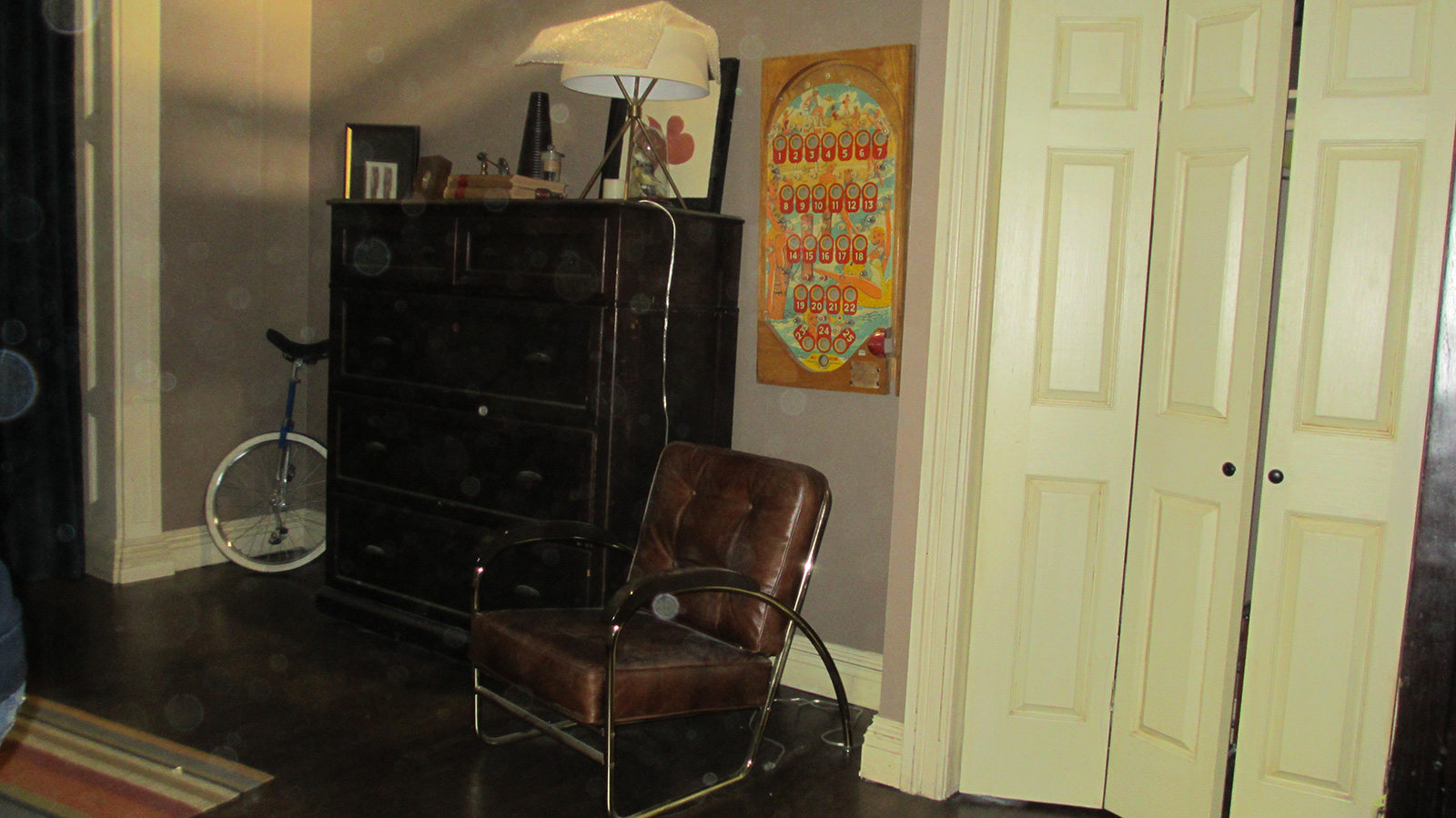